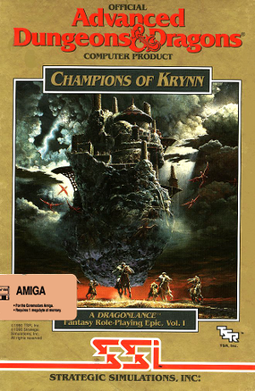 Both the Samsung Galaxy S2 and the iPhone 4S offer voice control applications allowing you to speak to tell the handset what to do, or get information in a futuristic and highly interactive way. There are also many other similarities as to the capabilities of each handset and what they can allow you to do.

The iPhone 4S provides an application called Siri which is new to the latest iOS operating system, version 5 respectively. This intuitive app is accessed simply by holding the Home button for a few seconds and it then appears. You can provide either direct instructions such as “Message Dad; I’m on my way”, or ask semantic questions such as “Will I need an umbrella today?” and receive the weather along with an answer. The app is capable of a range of functions including messaging, emails and entering and informing of calendar events. Other features of this handset include its Retina display measuring 3.5 inches along with the powerful 8 megapixel camera for High Definition 1080 pixel video recording.

Meanwhile, the Galaxy S2 also provides Say N Go, the Samsung Voice Solution which offers much of the same functionality to Siri. As with the iPhone, the app is accessed via the Home key on the front of the device with a simple double tap, and is then ready to receive your voice commands. You can fully take charge of the handset with this app, which also allows you to send messages, emails, schedule events and launch apps. You can also create notes for yourself, and if necessary by dictating “Send”, send them to a contact. This phone also comes with an 8 megapixel camera supported also by an LED flash for poor light conditions, however does offer a slightly larger display at 4.3 inches. The display is Super AMOLED technology which is able to display sharp images and text as with the alternative handset.

Both handsets offer a diverse range of functionality and customization through their respective application stores which allow you to download more apps as you please. Multimedia and entertainment are not short on either device too. Both offer comprehensive music, video and camera capabilities, as well as providing messaging and social networking support.

The iPhone 4S is a well known handset which is being marketed partly on Siri alone, while it also offers many other impressive features. In comparison the Samsung Galaxy S2 also delivers a powerful voice command app alongside its advanced technology and the Android operating system respectively.

A Quick Article On Expertise

Society right now, ‘At present’ being defined as the time from the late 1980’s to the current, has undergone a rapid evolution in data collection, manipulation, storage and presentation. This know-how has totally transformed the […] […]

Are Desktop Computers Changing into Out of date?

Expertise was coined from the Greek phrase technologia, which refers to a “ability” or an “art”. Expertise has not only brought us nearer but additionally had made us extra complete, or I can say better […]

What I Can Teach You About Websites

All About Search Engine Optimization. SEO, also known as search engine optimization is a way of making sure that a site gets the largest visitors on the internet. This is mainly done by making sure […]

TV Networks Which Networks Are Making Bank & Which Are Struggling?

Today we stay in a world, which has been carefully knit with a large network of different types of mass media. In half one I talked about one thing fun: the early days of public […] […]